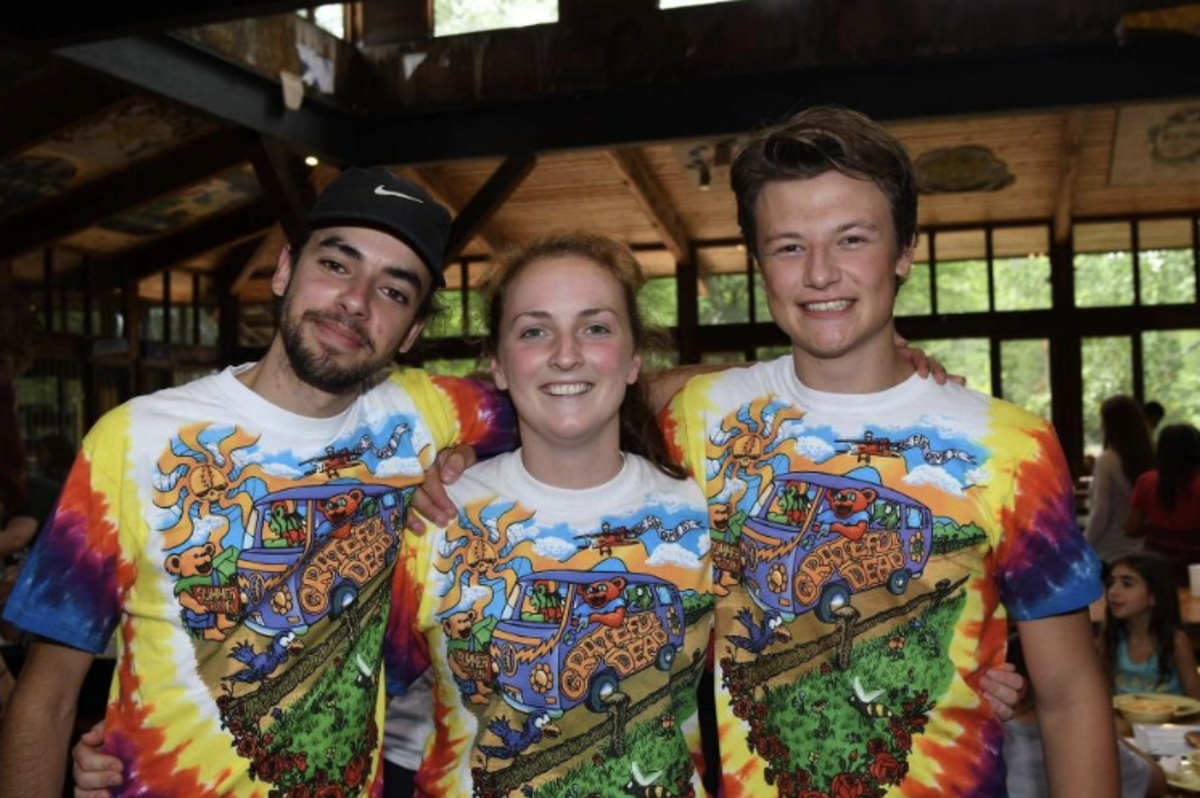 My name is Katie and I worked at a summer camp in Ontario, Canada! Here's my summer camp and Job Fair experience.

When I was younger, I attended week-long overnight tennis and hockey camps. I always reminisce about my time as a camper and remember the staff being so relaxed and fun-loving. As a camper, their easy-going attitudes put me at ease and made me feel free to be myself.

While at camp, I remember looking up to them and feeling like they were amazing role models. I decided that someday I would be just like them and make a long lasting impact on children! I also coach tennis and hockey, so I thought the camp experience would really suit me….and allow me to fulfil the ‘Parent Trap’ dream, of course!

After my first semester of college, I decided to make this dream a reality. I submitted my Camp Canada application and was well on my way to spending a summer in Canada!

Once I submitted my application, the Camp Canada team told me all about the Job Fair taking place in Dublin. They mentioned that it would be a great opportunity to meet with several different Camp Directors...and even get hired on the spot!

Essentially, by going to the Job Fairs it would fast track my Camp Canada application. Instead of meeting with the Camp Canada team and Camp Directors by Skype or phone, I could speak to them in person. This really appealed to me!

I was nervous about going to the Dublin Job Fair by myself, but a member of the Camp Canada team, Anna, reassured me that it would be very casual talks with Camp Directors so no need to worry.

Prior to attending the Job Fairs, the Camp Canada team released the names of the summer camps who would be attending. After reading through the list, I had an idea of the camps I’d like to speak with and had the opportunity to research the camps before meeting them at the fairs.

At the Job Fair, I got to meet the Camp Canada team and meet with Camp Directors; each of the camps had their own stands, so you could walk around freely and chat with as many camps as you’d like.

The first Camp Director I spoke to was so friendly and easy going - this really eased my nerves! He was interested in hearing all about my childcare experience, and once he learnt that I coached tennis, he offered me a position as a Tennis Coach.

As I had coached tennis to children before, I was set on working as a General Camp Counsellor instead, as it would be a completely new experience for me. I decided to follow my instinct and meet with other camps before I made a final decision.

My piece of advice for the Job Fairs? Meet with all of the camps that interest you and be honest with Camp Directors; you can be open about the type of role you are looking for so that you can make the most of your summer at camp!

I ended up with two job offers from completely different types of summer camps; I got a job offer for a traditional camp as well as a camp for children with a specific illness. They also differed in the number of campers, lengths of stay, and lengths of contract.

I was so conflicted, debating with myself for nearly an hour. In the end, I followed my gut feeling and went with the camp that felt like a right fit for me. I’m sure I would have enjoyed working at both camps, and the experiences would have been so different, but I told myself that I should follow my instinct. If I enjoyed the camp experience, I could always re-apply and try a working at a different camp the following year!

Before heading to Canada, the Camp Canada team connected us with other international staff working at the same camp. We ended up having a Facebook chat where we could ask each other questions, share advice, make travel plans, and speak to returning camp staff. Before I’d even arrived in Canada, I felt like I had made friends!

Once I arrived at the hostel in Toronto, I had the opportunity to meet with other Camp Canada participants. Everyone was open to meeting new people - it felt like we were all in this together! During the few days before camp, we explored the city of Toronto, Niagara Falls, the Hockey Hall of Fame...and did some shopping of course. By staying at the hostel, it meant that there was always someone who was willing to tag along on adventures.

My camp is one of the largest in Ontario which meant that a lot of other international staff were going to the same camp! I was very anxious, but meeting people at the hostel helped put my worries at ease. We would all be in the same boat once we got to camp.

Once I was at camp, I stayed in a cabin with six other staff members and 10 campers aged 9-10 years old. Days at camp would always fly by!

Every morning, we would all start the day by eating breakfast together in the dining hall. We would then take part in two activities in the morning before heading to the dining hall once again for lunch...there was always plenty of singing and dancing on benches during lunch time!

In the afternoon, the campers would take part in three other activities before having dinner all together again. We would share stories from the day and then head to evening program as a group!

As you can imagine, every day was action-packed and a lot of fun. After lights out, the staff were free to leave the cabin and hang out with friends to catch up after a fun, but tiring day at camp.

Days flew by, weeks went by, and before I knew it, my summer at camp had come to an end! It was time to start making plans after camp. As there are many international staff, there are loads of people looking to travel, so it was easy to find friends to travel with.

It was sad leaving the camp bubble where you can walk everywhere, swim in the lake every day, where every day is unique, and where you don’t use your phone. Despite being sad to leave camp, we we were all looking forward to travelling and knew that we could visit each other in the near future...or even spend the next summer together back at camp!

That’s my summer camp experience in a nutshell. Thanks for reading! 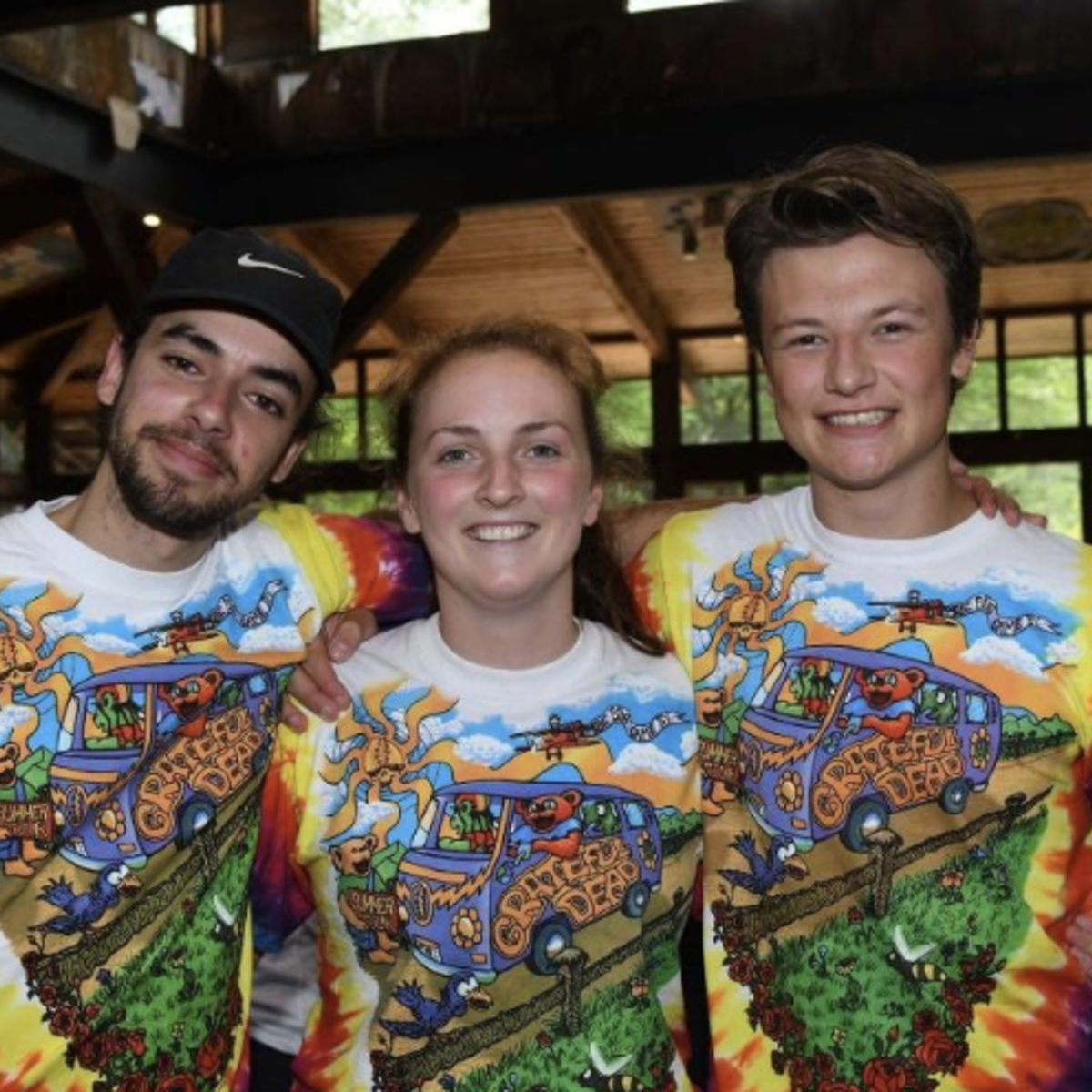 Katie
Katie is from Ireland and worked at a summer camp in Ontario.
Recommended Blogs 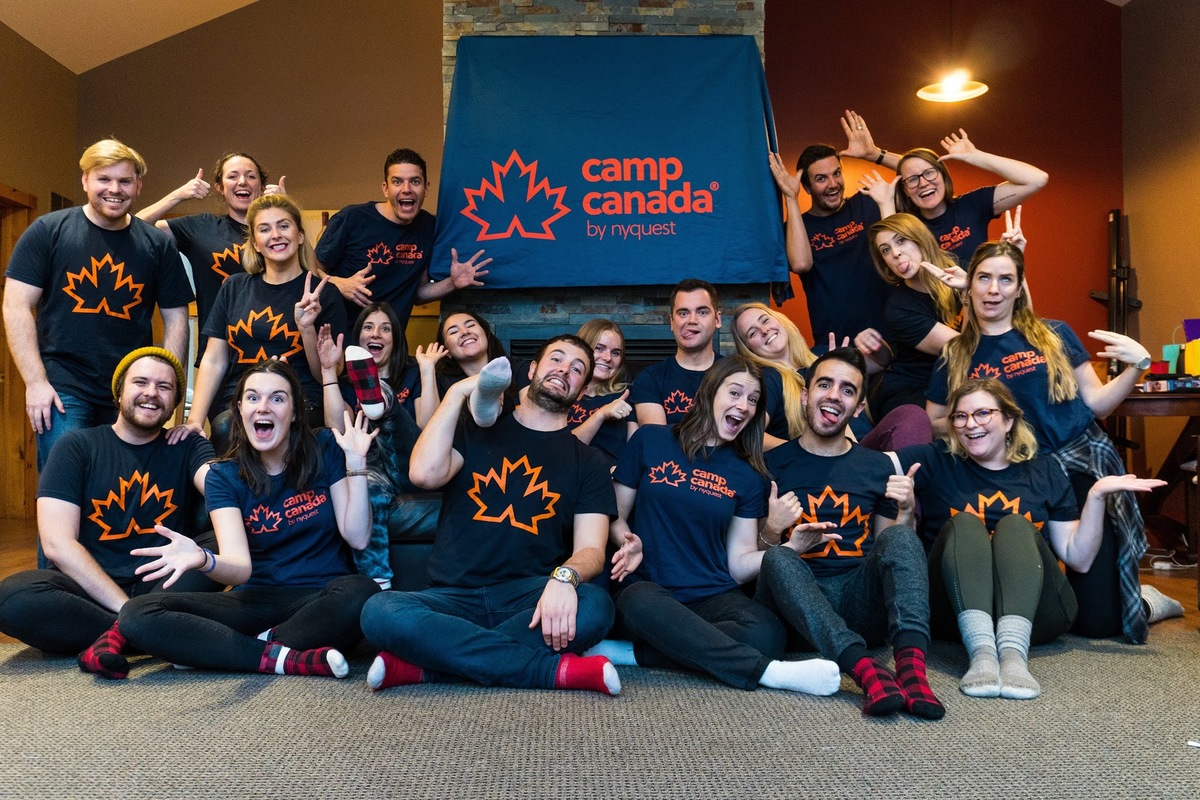 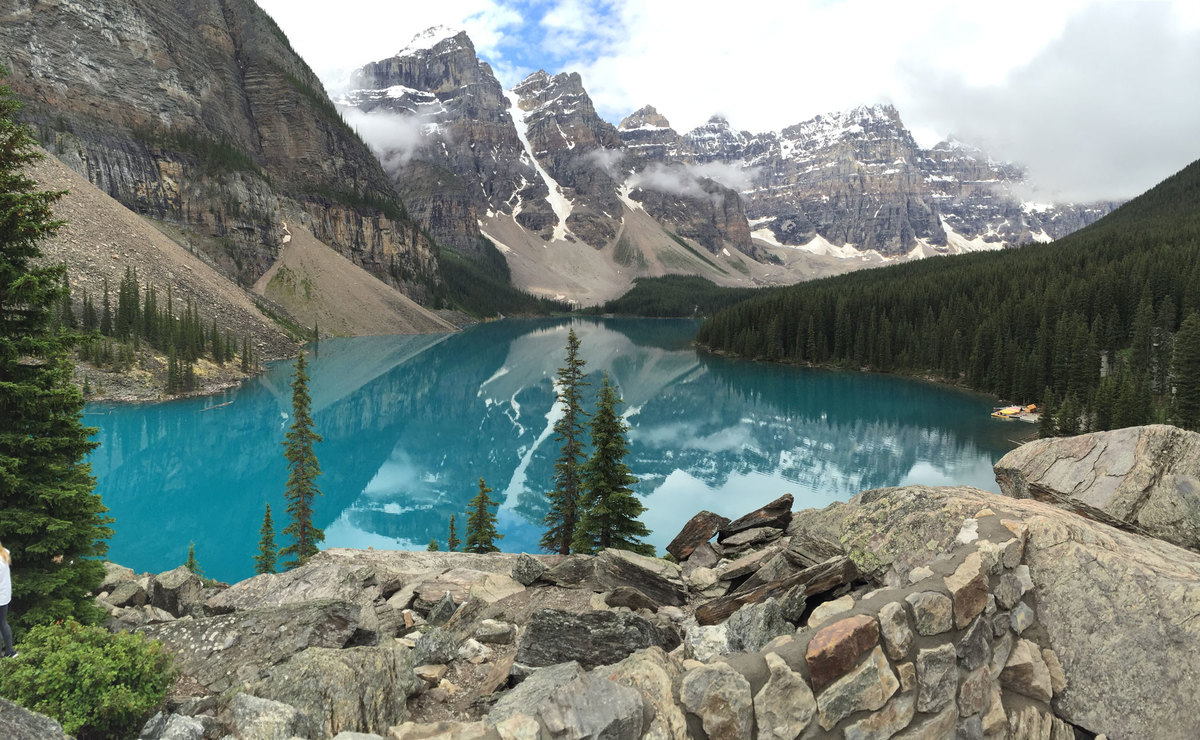 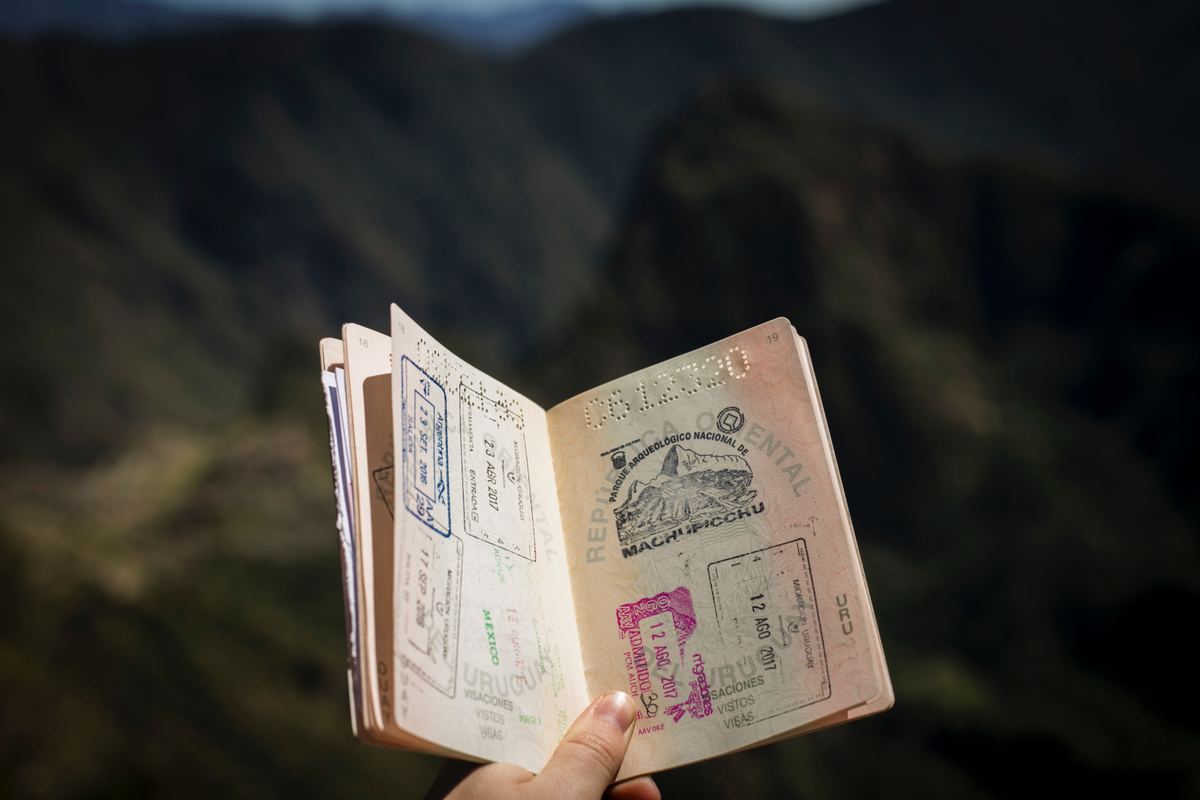 Do I Need a Working Holiday Visa to Work in Canada?

Want to meet with Camp Directors and get hired on the spot?